Why is the stop valve low in and high out?

Why is the stop valve low in and high out?

Stop valve, also known as shut-off valve, belongs to the forced sealing valve, is a kind of block valve. According to the connection mode, it can be divided into three types: flange connection, screw thread connection and welding connection.

China’s “three modernizations to” once stipulated that the flow direction of the stop valve should be from top to bottom, so the installation has directionality. 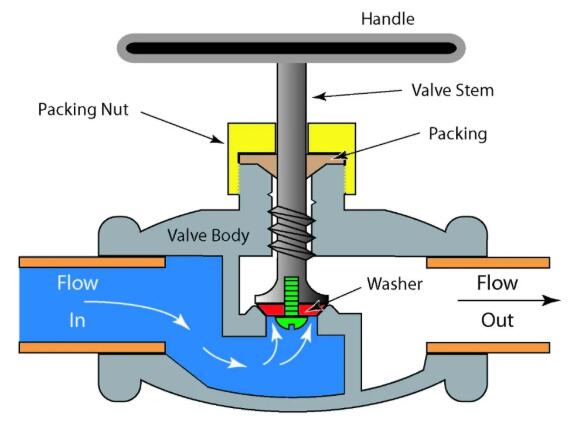 Two stop valves are connected in series on the bypass pipeline, and the second one requires “high inlet and low outlet”

In order to ensure the tightness of the valve in a maintenance cycle, the valve which is often opened and closed requires to be equipped with two stop valves in series. For the bypass system, the installation functions of the bypass system are as follows: 1) balance the pressure before and after the main pipeline valve to make the opening convenient and labor-saving, and reduce the wear of the main pipe valve; 2) warm the pipe with small and medium flow during the start-up process; 3) on the main water supply pipe, control the feed water flow to control the boiler pressure rise speed for boiler hydraulic test. According to the flow direction of the medium, the bypass stop valves are primary valve and secondary valve. During normal operation of the unit, the primary valve and secondary valve are closed, both of which are in direct contact with the medium. In order to prevent the padding between the shell and cover of the secondary valve and the packing around the valve stem from being affected by the medium and temperature for a long time, and the packing of the valve can be replaced during operation, the installation direction of the secondary valve is required to be “high in, low out”.

Boiler exhaust and vent stop valves are only used in the process of boiler start-up and water filling, and the opening and closing frequency is small, but the working fluid loss is often caused by loose sealing. Therefore, in order to improve the tightness of some power plants, the installation direction of such stop valves is “high inlet and low outlet”.